In 1824, Geo. W. Noyes made the first purchase of the federal land that would later become Pittsfield Township. This land is located in what is now Section 10 of the Township; section 10 is located between Platt and Stone School Roads, bordered by Packard Road on the north and Ellsworth Road on the south. Most of this area has been annexed by the City of Ann Arbor.

This area, once part of Wayne County, became Ann Arbor Township in 1827. The population consisted of mostly immigrants from eastern states such as New York and Pennsylvania. By 1830, the land had been divided between Ann Arbor, Ypsilanti, and Saline Townships.

The Township was originally named Pitt Township for William Pitt, Earl of Chatham. The Sixth Legislative Council of the Territory of Michigan passed the Act enabling the organization of the "Township of Pitt" on March 7, 1834. This name was retained until March 22, 1839 when it was changed to "Pittsfield Township" by act of the Michigan State Legislature. One hundred and thirty-three years later in 1972, the residents of Pittsfield Township voted to become a charter township, at which time, our community became known, as it is today, as "Pittsfield Charter Township."

While there has been relatively steady population growth in Pittsfield since the turn of the 19th century starting at just over 1,000 residents, there was a tremendous increase when the population more than doubled between 1980 and 2000 going from 12,986 to 30,167. Between 2000 and 2010 Pittsfield Township's population grew to 34,663. 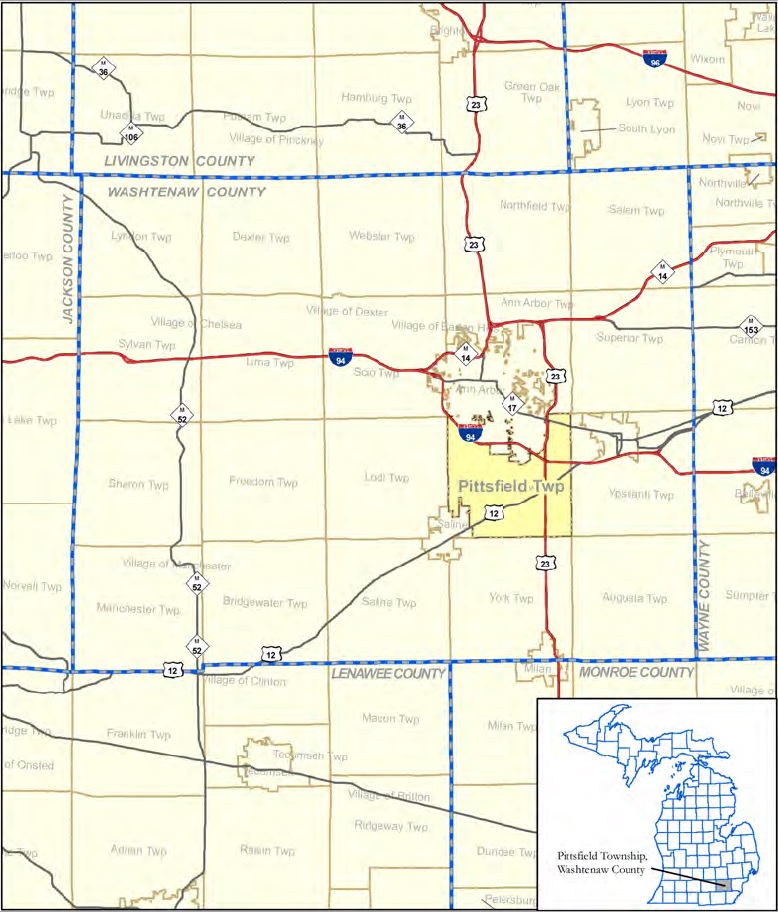